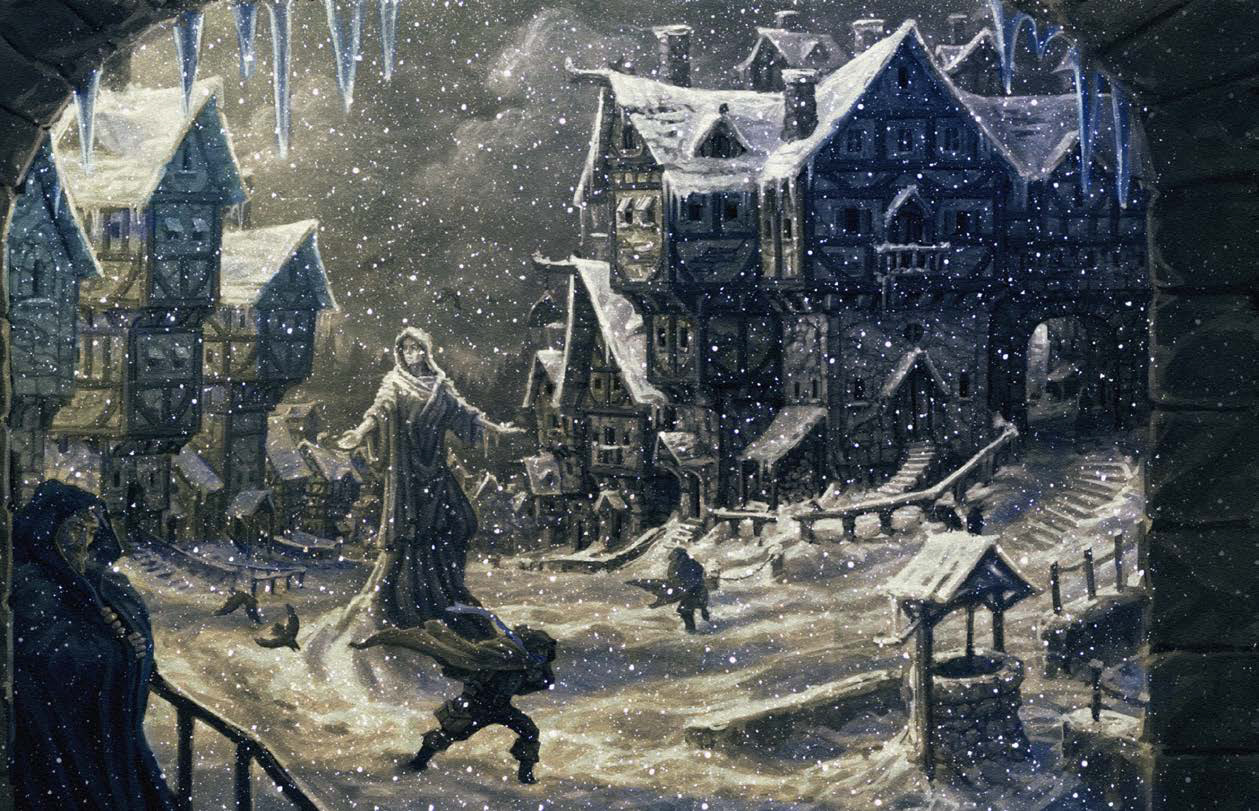 Unlike most communities in the winter-bound land of Irrisen, the village of Waldsby is not built near one of the nation’s life-giving rivers or lakes. Instead, the peasants of Waldsby eke out their livelihoods from the Hoarwood Forest, under whose eaves the tiny village huddles. Ruled by the White Witch Nazhena Vasilliovna from her Pale Tower of Ice, the people of Waldsby form a tight-knit community suspicious of outsiders and fearful of witchcraft, and they have a vested interest in keeping the attention of the White Witch from turning toward their homes and families.